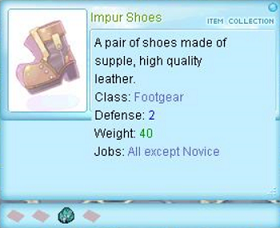 Example of Footgear slotted with a Gem

Gems are designed to be inserted into an equipment. A Gem and its associated effects depends on its type, quality and the type of slotted equipment.

It doesn't fill the classic Card Slot. Indeed, it occupies the third Slot, meaning you can use Gems on any piece of gear!

Gemstones are classified by type, each of them being associated with an element:

Gems are distributed in four degrees of quality. The effects of the associated Gem depend of its quality.


Where to find them?

Gems are found in Gem Boxes

.
These boxes come in 5 levels, increasing the chance of getting better quality Gems. The Gem Boxes are obtained through Quests, Nightmare Dungeons and anywhere at very low rate thanks to Map Items.

How to upgrade Gems?

Horadrim Box, Gems can be fused of dissolved, allowing you to upgrade or downgrade the quality of a Gem. The Horadrim Box is a reward which be exchanged for 20 Honor Coins. The latter can be obtained through dungeons Reputation.
The rumor has it that another box can do the same things by saving some materials...

The conversion ratios of the Horadrim Box are:

Two specific items exists related to this system. These items are rewards from the Reputation System and aren't consumed upon use.

How to get back my slotted Gems?

The Card Remover NPC allows you to get back your Gem from your slotted piece of equipment.
In order to fuse it higher, change the equipment or just to sell it, as long as you pay a certain fee, the Gem can be extracted.