One of the most famous features of Mystic Projects is back in a brand new version:

WoE Dominations offer guilds the opportunity to compete in a battle for strategic positions. For the occasion, DARO is innovating with the help of a map that is much better placed and larger than before.

Here too all participants are rewarded in one way or another, not just the winners !

This event is played in a guild and occurs once a week just like WoE 1st Edition.

Costumes are disabled during WoE. 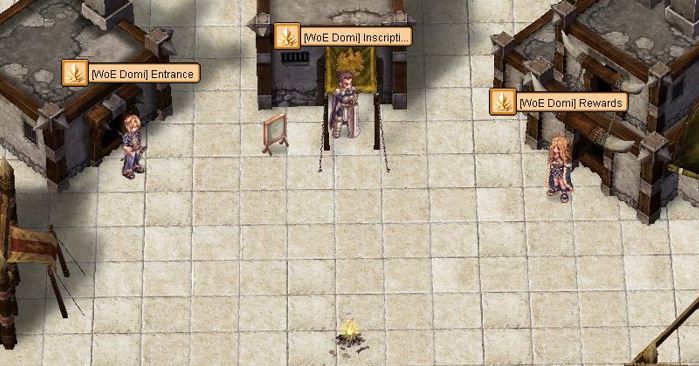 - Each domination map has 3 or 4 Emperiums.

- The goal is to collect as much points as possible while standing by the emperium.

- Destroy the extra strats through the war to get more points !